Egan Clancy walked from Grange to Limerick Railway Station to join his team-mates on the train for Dublin on the morning of the 1910 All Ireland Senior final against Wexford. The game was played at Jones's Road (later Croke Park), Dublin, on 20th November when Wexford (Castlebridge) defeated Limerick (Castleconnell) on the score 7-0 to 6-2.

Mick Sexton of Bruree played for six years on the same club team with three of his sons—James, John and Michael. And for good measure his daughter, Margaret, represented Bruree club at several county conventions.

Dave Clohessy of Fedamore scored four goals in the replay of the 1934 All-Ireland Senior Hurling Final in which Limerick beat Dublin by 5-2 to 2-6.

John J. Fanagan of Kilmallock—one of the greatest stars that ever graced the athletic firmament—secured the hammer event for his adopted country (USA) in three successive Olympiads between 1900 and 1908.

Johnny Walsh of Tubberadora won his fifth All-Ireland Senior Hurling medal in 1900 at the age of 23. He was only 17 when he won his first six years earlier, in 1895.

John Joe Callanan, who won 1920 All-Ireland senior honours with Dublin, was captain of the Tipperary team that beat the Liffeysiders in the 1930 final.

Mick Kennedy, Young Irelands, born at the Ragg, near Thurles, is the only Tipperary man to win three All-Ireland Senior Hurling medals with Limerick. A product of Thurles CBS, he played with Tipperary minors in 1928-29.

At the closing of the storied Celtic Park in New York in August 1930, Clarina born Mike Kenny established what is believed to be a world record at rising and striking the hurling ball, with a distance of 122 yards.

Bob McConkey of Young Irelands, captain of Limerick's All-Ireland winning team in 1921 and first to gain possession of the Liam Mc Carthy Cup, played altogether in four All-Ireland finals—the last in 1934 when he was 39 years of age.
Posted by Christy Callanan No comments:

Among those present for that historic occasion were:-

In his address, Mr. Clifford said that the Park was a fitting memorial in the most appropriate form to the famous Tipperary athlete whose genius brought the Gaelic Athletic Association into being.

The Munster Council gave due recognition to the occasion by staging the Munster Senior Football Final between Kerry and Tipperary as the opening game. Even with home advantage, however, the Tipperary team could never come to grips with a rampant Kerry and having trailed by 2-5 to 0-3 at the break, Tipperary went under finally by 3-10 to 1-4.

Carlow Under-21 hurlers achieved a notable victory at Parnell Park, Dublin last evening when a last minute goal, scored by Marty Kavanagh, gave them victory over Dublin in the Leinster under 21 hurling championship. The fact that Dublin have been very strong for a number of years in the minor and under 21 hurling championship adds to the significance of this Carlow win. It shows what a small county, with a limited pool of hurlers, can achieve with the right spirit and proper organization. I wish them the best of luck for the rest of the campaign—they should not fear any one now!
Posted by Christy Callanan No comments: 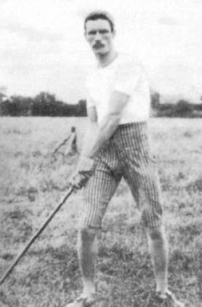