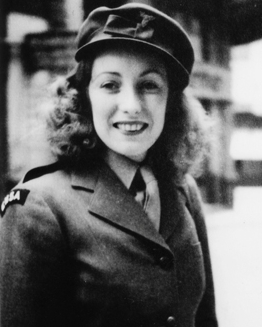 Vera Lynn celebrated her 100th birthday yesterday. Whenever I think of this special lady my mind goes back to my childhood when I first heard her rich melodious voice on Radio Eireann and various gramophone records. The songs I heard at the time included Hello Patsy Fagan, Patsy McCann and Sitting on the Bridge below the Town.

The voice of Vera Lynn has always remained special to me. Another special person I often think about is my cousin, Nellie Shorthall of Fethard, Co. Tipperary who passed away in November 2015 shortly after reaching her 101 birthday. Nellie was a great lady who loved music and was a big fan of Vera Lynn; I am sure she is looking down on Vera to-day.

In Saturday's final game of the Six Nations series, played at the Aviva Stadium in Dublin, the Irish rugby team achieved a famous win over England. This may end up being the sporting highlight of the year — unless Tipperary win a football All-Ireland, or the hurlers achieve a consecutive national title, something they haven't achieved since 1964/65.

England came into Saturday's game with an impressive record of 18 consecutive wins against both northern and southern hemisphere teams, thus equalling the all-conquering All-Blacks' record. Ireland had an indifferent Six Nations, losing to both Scotland and Wales, while England had trashed Scotland by 61 points to 21 on the previous Saturday.

I knew Ireland would put on a vastly improved performance for this one — they always do when their backs are to-the-wall — but I didn't think it would be enough against an English team that has upped their game so much under New Zeland coach, Eddie Jones. With fierce determination, no little skill, a bit of necessary luck, Ireland achieved the impossible. Johnny Sexton put in a commanding performance at Number 10 while continuing to bear the brunt of late tackles.

The one thing that stands out about the Irish Rugby team is its united country dimension, drawing support from Ballycastle to Bere Island. Indeed, the Irish captain, Rory Best, hails from the Unionist heartland of North Armagh.

The game with the 'crooked ball' is indeed a funny one.
Posted by Christy Callanan No comments: