Great Campaign comes to a Halt

In yesterday's All-Ireland senior football semi-final in Croke Park, Tipperary led Mayo by 6 points to 3 after 25 minutes. Then, what I describe as a "blind pass" — a side pass without a proper view of where the ball is going — gave possession to Mayo from which they scored an opportunistic goal. They followed this with 7 points to Tipperary's 1 to lead at the break by 1-10 to 0-7.

Tipperary, to their great credit, reduced the margin to 2 points by the third quarter until a second Mayo goal ended the game as a contest. Mayo substitute, Evan Regan, lost his footing as he was about to shoot for a point but managed to strike the ball with some part of his foot. It trickled through to the edge of the small square where the loitering Conor O'Shea had the easy task of shooting to the net. 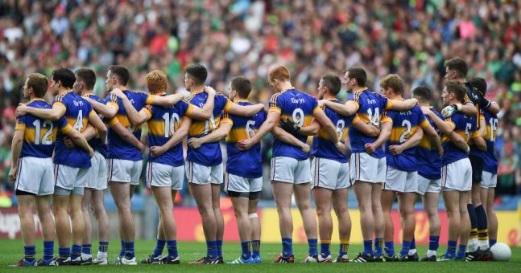 With a little luck Tipperary would have been much closer at the finish; with a lot of luck they could have got over the line! Maybe it was for the best. Tipperary are still not ready to take on the Kerries and Dublins of this world; although they played to the best of their ability in all of their games as underdogs. Mayo have the capacity to raise their game to a much higher level which I hope they will do and go on to win their first All-Ireland since 1951.

The true Tipperary Gaels, who have done so much in recent years to restore Tipperary to football eminence, cannot rest on their laurels. They cannot merely do the same things again and expect a different result. Great work in the restoration has been accomplished, but it is only at foundation level and must be built upon. A plan should be drawn up taking on board the views of anyone that matters. A greater effort should be made to activate the game throughout the county, especially in the three big towns that presently only promote the game at under-age level. The club championships should be made as competitive as possible and completed in a reasonable time. Only top-level coaching from juvenile-level up should be entertained.
Posted by Christy Callanan