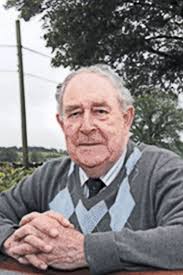 I was very sad to learn of the death of former Tipperary hurler, Billy Quinn. Billy was born at Rossestown, Thurles in 1935. He was an outstanding under-age hurler winning minor All-Ireland titles with Tipperary in 1951 and '52. His brother Dick and cousin Liam also played in 1952. He played his club hurling with Rahealty, which is in Thurles parish, and competed at under-age level in Tipperary competitions at that time.

He made his competitive senior debut with Tipperary hurlers in the National League Semi-Final against Galway at Thurles sportsfield — as it was then known — on the last Sunday of April 1954. Tipperary won on the day and it was the first time I had seen Tipperary senior hurlers in action. Billy's direct opponent that day was veteran Galway right-full back Colm Corless. The National League final against Kilkenny was played at Croke Park on the following Sunday. I have a clear recollection of the day; it was wet, windy and sleety; Billy was surprisingly placed at full-forward where he proceeded to score three goals against veteran Kilkenny full-back, Paddy (Diamond) Hayden, allowing Tipperary to go on to gain an easy victory. He was unfortunate in his senior hurling career in that it came after the great Tipperary victories between 1949 and 1952 and before their great years in the 1960's.

Billy was forced to seek employment outside Tipperary — first in Dublin, and later in England. He returned to play with the Faughs club in Dublin and also with Dublin senior hurlers.

Billy has lived for more than 30 years in Killenaule parish from where his wife, Mary hails. Mary's late brother, Ned, played on the Munster winning Tipperary senior hurlers of 1941, beating the already crowned All-Ireland champions Cork in the Munster final. The match was played in Thurles in October of that year — the delay was due to restrictions placed on travel from Tipperary owing to foot and mouth disease.

Billy's son, Niall, played at right-full-forward on the losing Dublin side against Galway in the All-Ireland minor hurling final of 1983. He went on to become one of Ireland's greatest International soccer players.