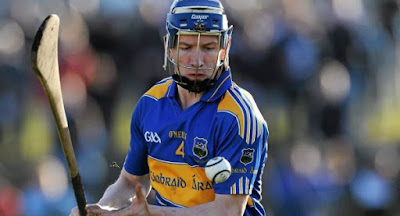 It was with deep sadness that I learned of the death of Eddie Connolly, R.I.P.

Eddie was a true Tipperary Gael. As a native of the parish of Loughmore-Castleiney, he was a valued hurler and footballer with that great dual club in his native parish. He also played hurling and football for his county, captaining Tipperary's All-Ireland winning Intermediate hurling team in 2012.

Eddie had been afflicted by a malignant brain tumour for the past two years, which he fought with courage and determination. He may have lost the battle, but he has won the hearts of very many people by his courageous and spirited fight. He is now enjoying the rewards which he so richly deserves.
Posted by Christy Callanan