The song, Slievenamon, from the pen of Charles Kickham, has become the anthem of Tipperary. His other song, The Irish Peasant Girl, is dear to the hearts of those of us who live near the Anner at the foot of Slievenamon. I will quote the words hereon: 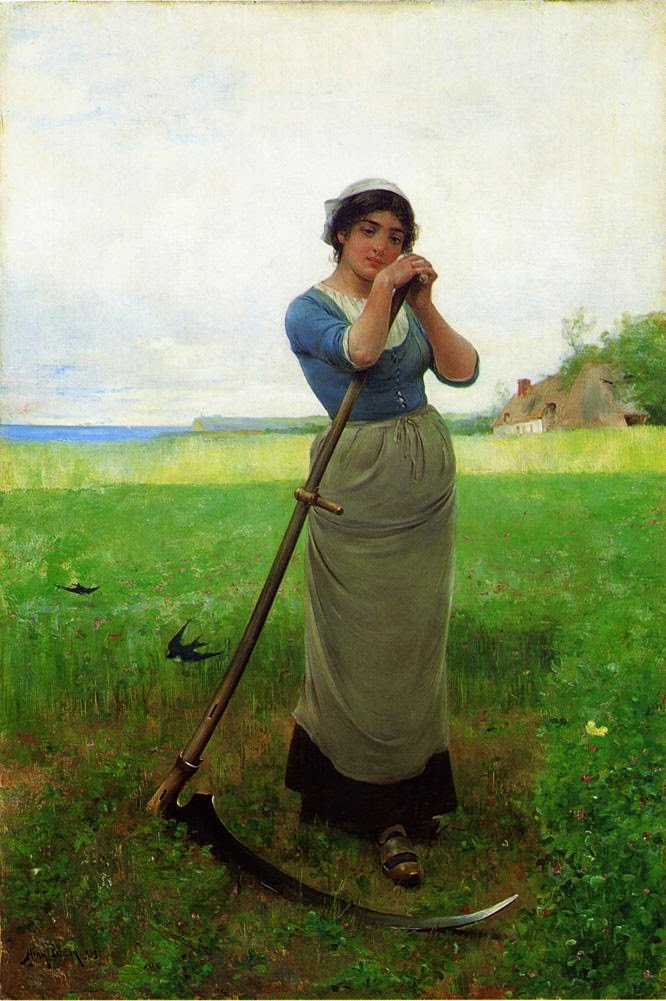 She lived beside the Anner,
At the foot of Slievenamon,
A gentle peasant girl,
With mild eyes like the dawn,
Her lips were dewy rosebuds,
Her teeth of pearls rare,
and a snowdrift 'neath a beechen bough,
Her neck and nut brown-hair.

How pleasant 'twas to meet her
On Sunday,when the bell
Was filling with its mellow tones
Lone wood and grassy dell,
And when at eve young maidens
Strayed the river-bank along,
The widow's brown-haired daughter
Was loveliest of the throng.

O brave, brave, Irish girls —
We well may call you brave;
For the least of all your perils
Is the stormy ocean wave,
When you leave your quiet valleys,
And cross the Atlantic's foam
To hoard your hard-won earnings
For the helpless ones at home.

"Write word to my dear mother —
Say we'll meet with God above;
And tell my little brothers
I send them all my love;
May the angels ever guard them,
Is their sister's prayer" —
And folded in the letter
Was a braid of nut-brown hair.

Ah, cold and well-nigh callous
This weary heart has grown,
For thy hapless fate, dear Ireland,
And for sorrows of my own;
Yet a tear my eye will moisten,
When by Anner's bank I stray,
For the Lily of the Mountain foot
That withered far away.

The following is taken from Tipperary County:People and Places which is described as an anthology of people, places and sites in the history of Tipperary. It was published in 1993 and it's editor was Michael Hallinan. Michael was a graduate of Trinity College, Dublin. He occupied a number of important positions in the Civil and Public Service. He was born at Aughavolimane, Ballinamult, the southernmost townland in County Tipperary.


The Irish Peasant Girl was first contributed to the Celt in 1859. It was intended as a protest against the national evil of emigration, with special reference to the moral dangers to which young people were exposed on board ship in those harsh times. Kickham had been inspired by the fate of an exquisite gentle girl who pined away in exile, and who had sent some of her brown tresses, with a tender message, to her little brothers and sisters on Anner's bank at Killusty, Fethard, Co.Tipperary. The poet always called to see his cousin Catherin Carew, whenever trout-fishing in Killusty, and her departure for America.

Michael Cavanagh of Cappoquin (later of Washington D.C.) who met Kickham in New York in 1864, on referring to Maid of Anner, was shown her photograph by him."The face seemed to be of a girl of eighteen, of oval shape, every feature as perfect as a painter ever imagined. But its great charm consisted in an expression of angelic innocence"