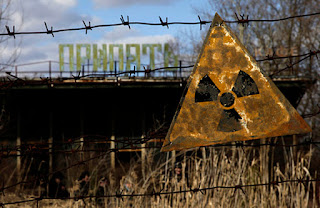 To date, Chernobyl Children's contributions exceed 91 million dollars in direct and indirect aid, and the Rest and Recuperation program has brought over 22,000 children to Ireland, returning an average of two years to each child's lifespan.
Posted by Christy Callanan No comments: 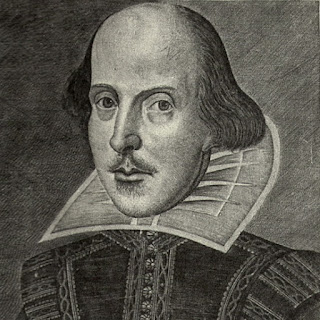 Thousands of books have been written about Shakespeare and his works. His plays are acted and studied more than any other dramatist in history
Posted by Christy Callanan No comments:

The present impasse in the forming of a government is almost totally as a result of electors voting for 'Independents' in such large numbers. The reasons why people vote for Independents varies — some because they think it will benefit their own locality if that independent is in a bargaining position to lever something from those hoping to form a government  — the 'Healy-Rae syndrone'; some more because of a personal attachment to a particular candidate; while others do it to be anti-establishment.

There cannot be a stable government when a large number of Independents are elected, all with personal agendas. Independent T.D.'s interest in government formation goes no further than what is best for them personally. They oppose everything that is unpopular, even if such a measure is best for society as a whole. They bleat the populace rant knowing that they are never going to bear the responsibility for their actions. The people who vote for them are complicit in this masquerade.
Posted by Christy Callanan No comments:

We are asked officially to give the utmost publicity to the following document, signed by P.H. Pearse, who was described as being "The leader of the rebels"and bearing date 29th:-

"In order to prevent further slaughter of unarmed people, and in the hope of saving the lives of our followers, now surrounded and hopelessly outnumbered, members of the Provisional Government present at Headquarters have agreed to an unconditional surrender, and the commander of all units of the Republican Force will order their followers to lay down their arms."

The Co. Inspector also published on April 30th an announcement that "James Connolly and other Sinn Fein leaders have unconditionally surrendered to the General Officer Commanding-in-Chief in Ireland"

In a communication posted at Ballymun R.I.C. station on the evening of the 29th.April intimating, on behalf of the Irish command, the progress of military operations in the city, it was stated that "Roger Casement has declared that Germany has sent all the assistance she is going to send, which assistance is now at the bottom of the sea".

Tipperary footballers showed commendable heart and spirit to finish strongly and earn a 3-09 to 0-18 draw with Sligo at Markievicz Park yesterday. Sligo led by 0-18 to 2-08 with two minutes remaining but a late Alan Moloney goal, and a later point, ensured a share of the spoils. Following a tight first half, Sligo held a 0-10 to 2-03 interval lead, with Michael Quinlivan and Peter Acheson netting Tipperary goals and Acheson giving the visitors their second goal after converting a 22nd minute penalty. The sides were tied on four occasions after the restart and although Sligo kicked on with Niall Murphy and Kyle Cawley, impressive,Tipperary fought hard to carve out a draw.

Football in Tipperary is striving against the tide down the years. The county has had, and still has, great people who work hard to promote the game and try to produce teams of the best possible standard to compete in all grades of inter-county competitions. The county continues to produce players capable of holding their own with the best in the land. Many GAA clubs in the county contain individuals who attend divisional and county board meetings and their attitudes to Tipperary football are at best disinterest and cynicism and, in some cases, even hostility. I cannot understand how anyone with those attitudes could call themselves GAA or Tipperary people.

This year, the manager of the Tipperary minor hurling team has ruled that no player will be allowed to play minor football for Tipperary if the want to be included in the minor hurling panel — a new kind of ban — even if playing all grades of hurling and football with their clubs. Two leading members of the Tipperary senior football team were included in a hurling panel of 40 at the beginning of the National League thus denying the footballers the use of their services even though neither player was even listed among the subs on the hurling panel until yesterday when one of them was introduced four minutes from the final whistle of the defeat to Clare.
Posted by Christy Callanan No comments: